Trine 3: The Artifacts of Power

Trine 3: The Artifacts of Power is a platforming game of action, puzzles and adventure, and the sequel to the award winning Trine and Trine 2. Reunite with the familiar heroes - Pontius the Knight, Amadeus the Wizard and Zoya the Thief in an all-new adventure, now for the first time in full 3D!

Playable in single-player or in co-up with up to three players, both locally or online.

Amadeus the Wizard, Pontius the Knight, and Zoya the Thief have slowly come to the conclusion that having their lives commandeered by a powerful magical artifact is not a desirable state of existence on a permanent basis.

The heroes try to return their extraordinary gifts to the Artifact called Trine, and so they meddle with powers beyond their understanding: Trine shatters, and a heartless ancient sorcerer escapes. With only a broken artifact to guide them, the heroes must try and repair the damage they've caused... or the damage that might yet be done.

Online and Local Co-op
Up to three players can play online and local co-up. Any mix is possible (for example 2 local, 1 online) and you can switch from singleplayer to multiplayer and vice versa. Play with your friends and explore the secrets together!

The Lost Pages
The ultimate test to your skills, the Lost Pages feature the most incredible contraptions, character-driven design, and ridiculous puzzles. Are you skilled enough to unlock all the Lost Pages?

Fantastic Fantasy
Adventure through breathtakingly beautiful landscapes in an enchanting fairytale world, and for the first time ever explore the Trine world in a full 3D setting, allowing you to go check out all the nooks and crannies that have been so alluring in the past.

If you have any questions about the game or its compatibility with your Mac, or any other technical issues or feedback, please get in touch with us (Frozenbyte) by e-mail to support[at]frozenbyte[dot]com and we'll help you out!

You can also check out our Community Forums at http://frozenbyte.com/board/ .

Levels
* Added a new level "The Quest for Cake" !
* Added similar checkpoint logic to Lost Pages levels than Tutorial levels have, now you can die during the level and continue without restarting the whole level

Achievements
* Fixed issue where Trineangle related achievements were only unlocked on level exit, now they are unlocked when last one is collected in a level

Cinematics
* Fixed minor issues with the intro cinematic (polished scene, no more holes in the geometry, no more characters running through the walls etc.)

Info
* All v1.11 / v1.1.1 builds are online multiplayer compatible with this build (check the version number from game's main menu)

END_OF_DOCUMENT_TOKEN_TO_BE_REPLACED 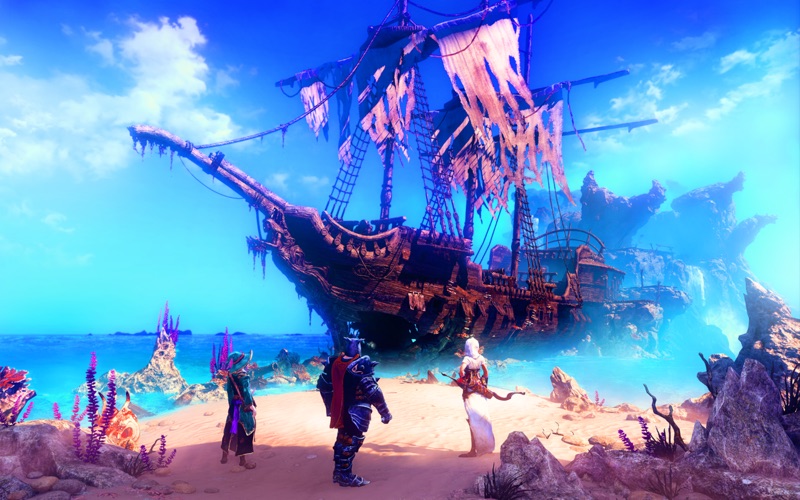 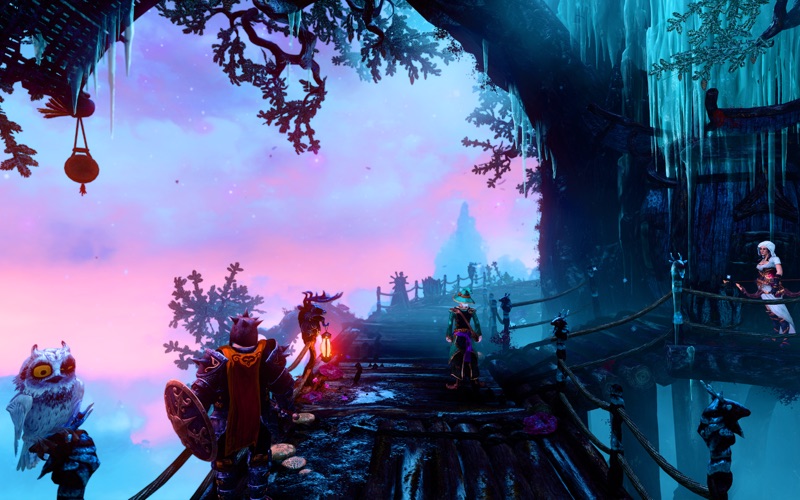 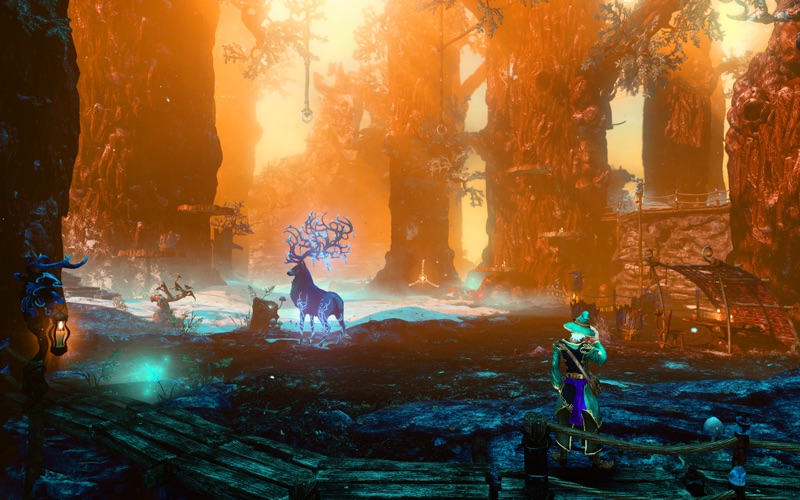 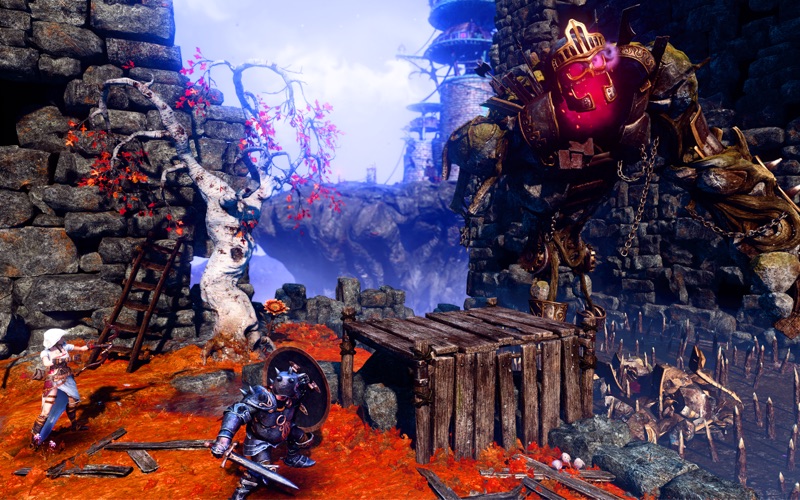 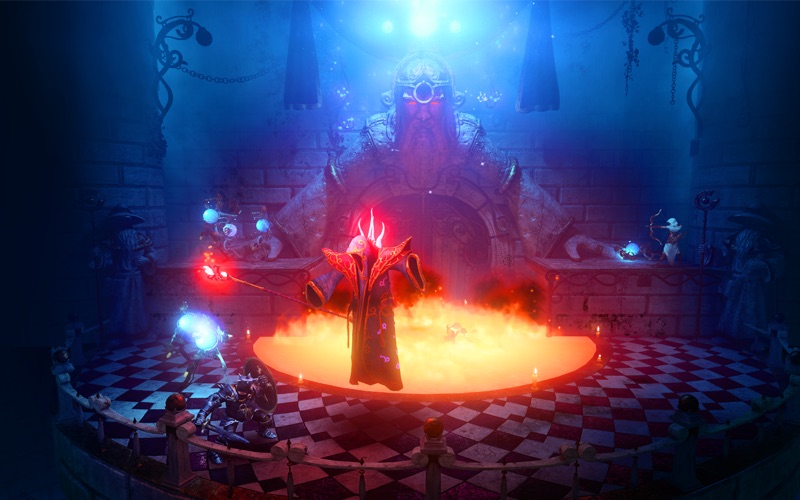 I have played Trine 1 and 2 both a zillion times. Loved 1 best but 2 was OK. Trine 3 is simply dreadful, although the graphics are still nice….that is if you can get the game to start, which often takes multiple attempts. I had to quit playing entirely because the game kept crashing half way through a critical location. .I’d worked my way through several chapters, despite the bugs. AND on one of the last locations, the game crashed each time at the exact same point. I played through several times reaching that point only to have the game crash. The mouse also glitches throughout the game which makes the play very frustrating. This game would be dreadful even if you got it for free here. Do NOT waste your time or one penny. If you try to go to the game’s website, you have to agree to a scary privacy agreement, so you cannot get help from them unless you guarantee unremovable cookies or some such. Too bad Apple does not screen these apps. One believes, wrongly, that if we get it from the App Store, it should be at least bug free and we should expect far better support.

END_OF_DOCUMENT_TOKEN_TO_BE_REPLACED

I was a little disappointed to see the 3D graphics. Trine 2’s graphics were amazing, but they could’t do all the subtle lighting, etc. in Trine 3 with the 3 D characters. That said, I enjoyed playing it. If you can’t start it, just cmd-tab away to another app, and then back to Trine 3 and it works fine. It’s true that Trine 3 won’t let you advance until you have enough triangles, but it gives you a chance to replay just certain sections of a level so you can get some of the triangles you missed. Also, it has several side adventures that help you get additional triangles, and teach you new tricks for your people to do in the main adventure. If you enjoyed Trine 2, you’ll like Trine 3.

END_OF_DOCUMENT_TOKEN_TO_BE_REPLACED

Just bought this and it will not launch. I read the other review “Falls following Launcher” and the OpenGL 4.1. That’s inconvenient. First, I have never heard of OpenGL. I don’t think a developer should be able to sell a game to a perosn/computer not equipped to run it. Second, I don’t know how to check if my computer runs OpenGL. The question is, how technical do consumers now need to become to enjoy gaming? What about the consumer who has minimal computer skills and just wants to enjoy playing a game? No luck for him or her I suppose.

It’s too bad, I was looking forward to playing this since I bought Trine 1 and 2. Because I don’t know what OpenGL is, if my computer has it or not, or, if in fact that is even the problem. I guess this average computer user who just wants to have a good time will miss out. Oh, if you fix the problem I will remove my negative review.

END_OF_DOCUMENT_TOKEN_TO_BE_REPLACED 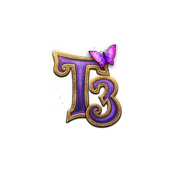 This app is designed for OS X
Rated 12+ for the following: