Defend Against Invasion from Space

Enter your starship, captain! Numerous aliens are coming to invade our planet earth. You are one of the last battle-ships to defend ourselves! Dive into "Invasion from Space", a 2D top-down space shooter, similar to the historic space invaders. Defend against wave after wave of alien ships. Every round is generated individually, no fights are the same. Changelog: Version 1.3.1: Fixed an error in which the reported position in the highscore was exactly one better than it actually was (quite annoying, if you're heading for first place - sorry, for the issue!) Version 1.3.0: Space ships existing the screen will add 1 HP to the health of your enemies. Every wave passed will add an additional 2 HP to them. Shooting enemy ships will increase your fire power by 1. Additionally, a bug was fixed which prevented loading the app without a network connection. Version 1.2.1: Bugfix: Fixed a bug that caused the points per killed enemy to not being reset after one's own death. (Some lucky people got more points than they deserved ;-)). Thanks for pointing that out! Version 1.2: Game rounds become shorter but harder with this update: - Score per enemy hit is dependent on previous hits and the current wave number (and grow faster than before) - Difficulty increases faster (fire cool-down, fire rate and enemy missiles change earlier) - Enemies increase speed after each fired missile But on the other hand: - Your score grows faster ;-) Version 1.1: - Added a pause-button - Added a global highscore - Increasing wave number now reduces cooldown between shots - Increasing wave number increases damage dealt by player ship Version 1.0: - Up to 1.000 waves of alien attackers - Steadily decreasing weapon cooldown timer

Version 1.3.1 This app has been updated by Apple to use the latest Apple signing certificate.

- Fixed link to the imprint
- Minor performance improvement
- Fixed an error in which the reported position in the highscore was exactly one better than it actually was (quite annoying, if you're heading for first place - sorry, for the issue!)

END_OF_DOCUMENT_TOKEN_TO_BE_REPLACED 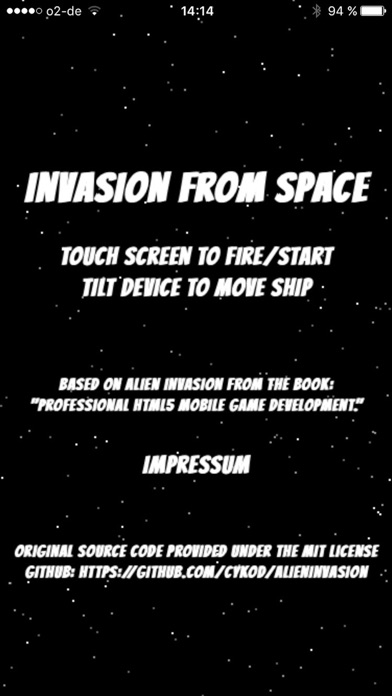 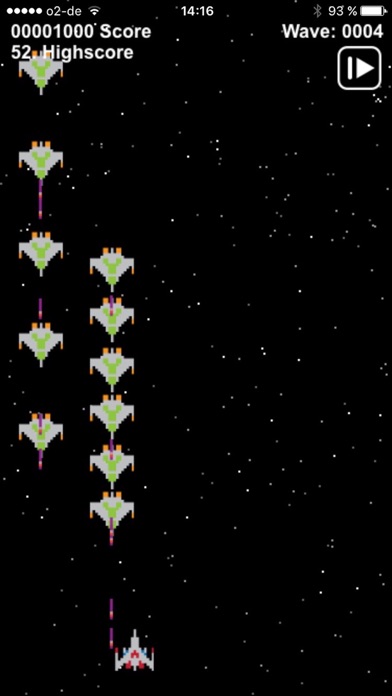 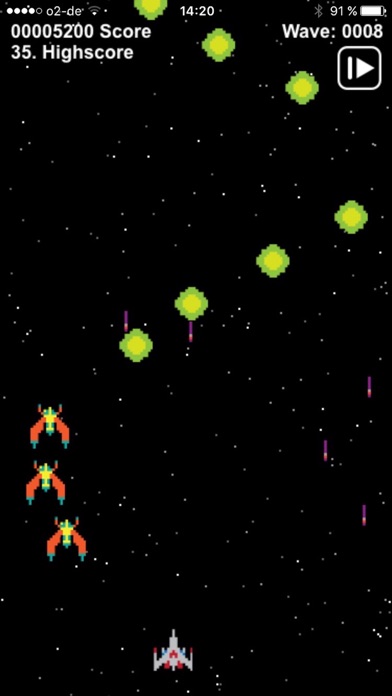 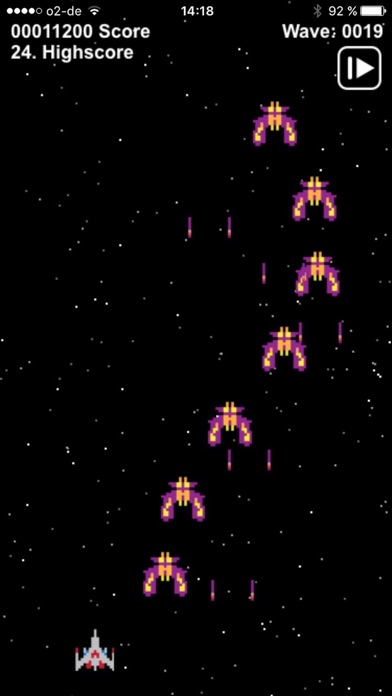 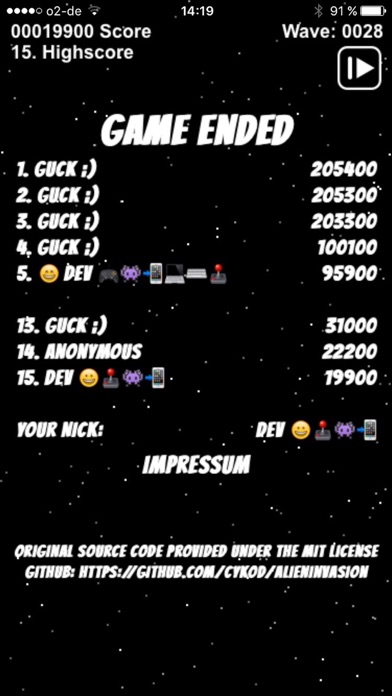 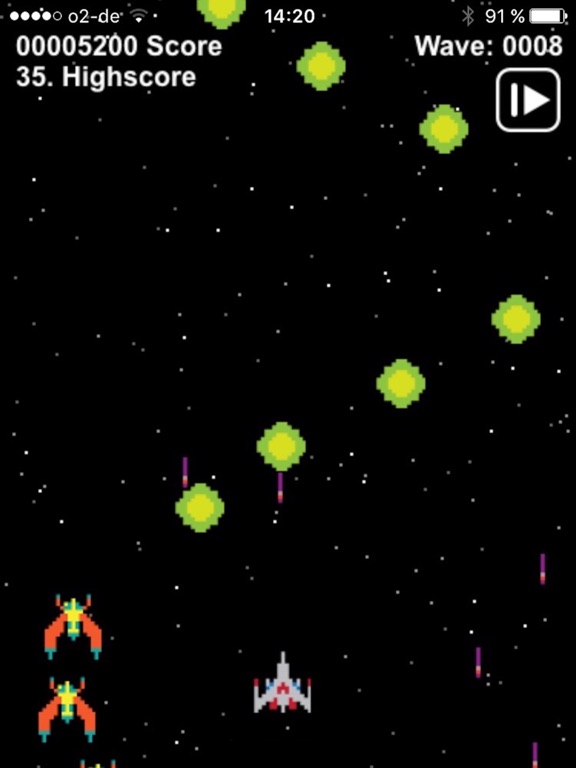 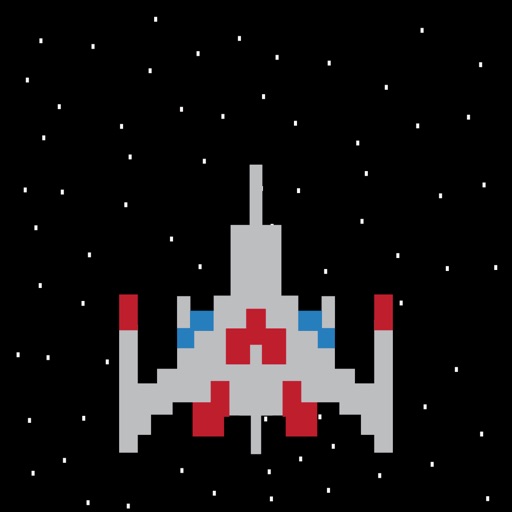 
This app is designed for both iPhone and iPad
12+