***NOW WITH EVEN MORE FREE GEAR MODELS PLUS "FENDER COLLECTION 2" AVAILABLE VIA IN-APP PURCHASE TO BOOST YOUR TONE LIVE, IN THE STUDIO AND ON THE GO.

Want to turn your device into the ultimate mobile guitar and bass tone studio? AmpliTube puts the power in your hands with a massive collection of virtual gear that you can use to practice, play and record with world-class tone anytime and everywhere.

Build your own guitar or bass rig with up to 6 stompbox FX, an amplifier and speaker cabinet w/Mic — you can even drag and drop your stomps to sit before or after your amplifier (4 slots pre and 2 slots post).

Just plug your instrument into your iPhone or iPod touch with one of IK's instrument interfaces (like iRig 2 or iRig HD), and get ready to be blown away.

AmpliTube gives you 7 creative stompbox effects, 3 amazing amps, 3 speaker cabinets and 2 mics, 1 Loop Drummer groove from the Rock pack and 1 active track in the recorder section. You can of course expand this selection via a massive library of over 100 pieces of gear that includes amps and stompboxes from the world’s best brands like Fender™, Soldano®, Ampeg®, ENGL®, Orange®, T-Rex® and many more.

Thanks to AmpliTube's Cab Room, you will actually feel like you are in your own professional recording studio. Now mic your cabinets in 3D - from dust cap to speaker edge and by varying distances from the speaker - with up to 2 mics in a beautifully rendered virtual studio environment. There are also 16 new highly sought after studio mic models available via in-app purchase adding even more sonic richness.
Get creative with loops in AmpliTube via its Super Looper, which is available through in-app purchase. It makes it easy to record, play back, adjust levels and play along with up to 4 loops. Looper is controllable via MIDI or iRig BlueBoard.

Need a drummer? Use the built-in Loop Drummer system to jam to killer drum tracks. Use AmpliTube’s streamlined built-in 8-track recorder and DAW-style studio (available via in-app purchase) sections to record, edit and tweak and share your compositions via SoundCloud, file sharing or email.

What's more, the acclaimed Fender Collection 2 is now available for AmpliTube iOS via in-app purchase. Based on IK’s revolutionary Dynamic Interaction Modeling™ technology, it delivers a whole new level of realism, making it possible to fully replicate the behavior of EVERY component in the circuit all the way down to its quirkiest nuance and character in a non-linear and dynamic way.
With 4 models based on the astounding Fender Custom series plus 3 original vintage models from the 50's / 60's, Fender Collection 2 is the key to boosting your tone both live, in the studio and on the go and lets you play with the iconic amp models that made the history of music.

END_OF_DOCUMENT_TOKEN_TO_BE_REPLACED 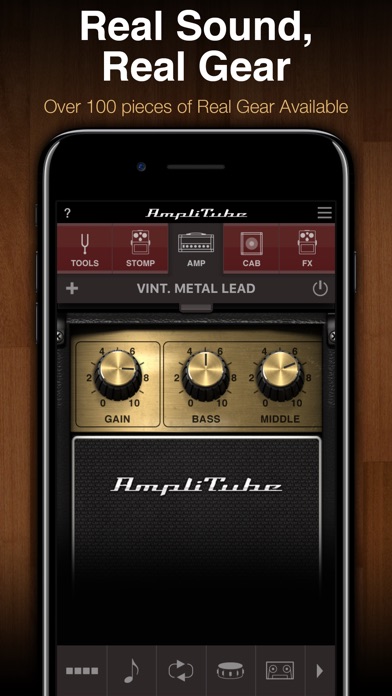 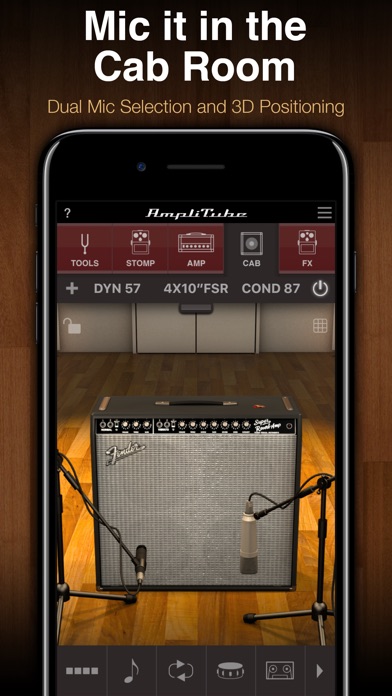 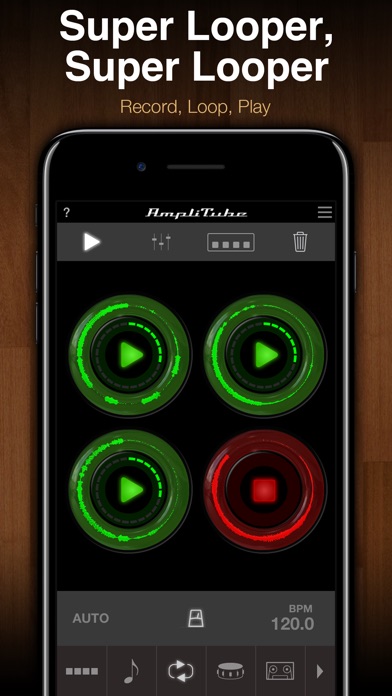 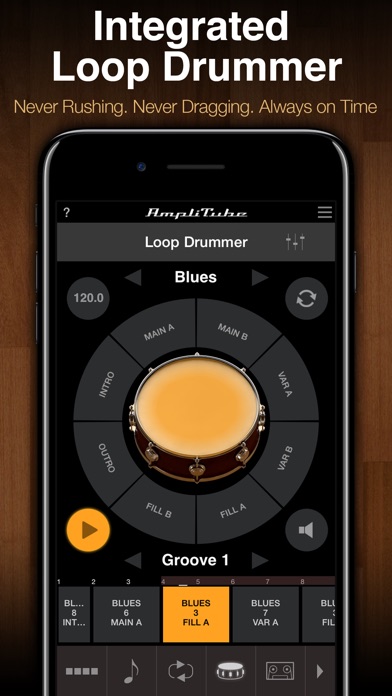 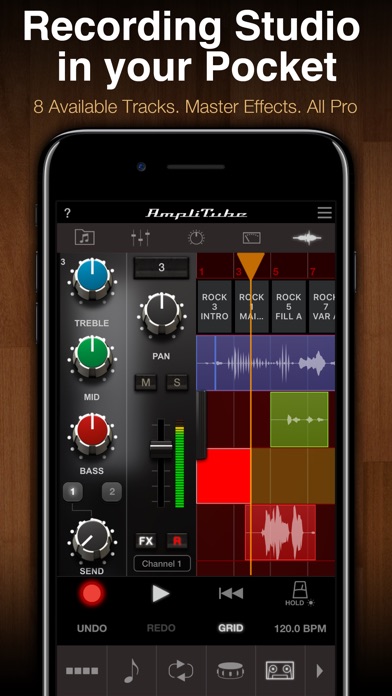 Ok, I was forced to download the app because the older version no longer works with the new iOS. I use it all the time, it works great, just like before, no issues, but my question is:
What can be done to gain access to my songs stored on the deprecated app?
I have tons of data still stored on my phone which I can no longer access because the developer has not updated the app to work with iOS 11. I hesitate to begin recording on this new app for fear that next year I will be forced to update again.

Can a utility be created to import the old data from the older app?

END_OF_DOCUMENT_TOKEN_TO_BE_REPLACED

this app is really good i think people should at least give it a chance before they give up and say it's not good and it sounds horrible it's NOT hard to set up for good sound. this app has a lot of different pedals and they sound great for a digital app. don't knock it till you try it seriously.

A few bugs but lots of potential

I love this app. I’ve purchased the metal pack and the tuner and am really enjoying it. I do hope you guys fix the bug soon which causes the app to close after a few minutes of playing. I would use this app much more if it weren’t for that.
Other than that minor issue and some odd feedback I’m getting in my headphones, it is excellent 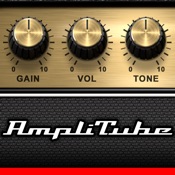 This app is designed for both iPhone and iPad
Rated 4+