Get a visual breakdown of your disk space in form of an interactive map, reveal the biggest space wasters, and remove them with a simple drag and drop. Discover what’s hiding inside the “Other” storage category and clear it up. Recover disk space by finding and removing large useless files. Featured in the “Essentials”, “Best of Mac App Store” in 2015, 2013 and 2011, “Get Productive”, “Get Stuff Done” and “Invaluable Utilities” editorials of the Mac App Store. Over 500 reviews in the media including major titles like Forbes, TechRadar, Lifehacker, Gizmodo, MacRumors, 9to5mac, Macworld, TUAW, MacStories and many others. Daring Fireball: “[…] Daisy Disk is my personal favorite for analyzing disk usage on the Mac. It’s a beautiful app. […]” TechRadar: “[…] we recommend an easy-to-use utility called DaisyDisk. This app helps you easily find and remove unneeded files you may have forgotten about.” LifeHacker: “DaisyDisk is a beautiful disk space analyzer. It’s the preference of many Mac users. […] DaisyDisk is very fast and very pretty.” Gizmodo: “Deleting files and sorting out disk-space is one of those tasks most people dread, so I can definitely appreciate that DaisyDisk has tried making it as fun (and beautiful) as possible.” MacRumors: “The new DaisyDisk 4 has a new, flatter design […], with bright colors, it’s able to scan drives up to 20 times as fast, and it consumes less memory when in use.” 9to5Mac: “DaisyDisk, chosen by Apple as a Mac App Store ‘essential’, provides a cleaner and more interactive circular interface for [visualizing Mac’s hard drive].” Macworld: “For only ten bucks, DaisyDisk is a simple, convenient utility for every Mac owner, and it gets the job done well for less technically-inclined users.” TUAW: “Daisy Disk is the perfect example of one of those tools that should be built right into OS X.” MacStories: “While there are a few similar apps none of them even come close to matching the beautiful DaisyDisk interface.” Beautiful Pixels: “DaisyDisk is a phenomenally helpful utility app for Mac. […] This is a really fascinating way to take a look at all the files and folders residing on your Mac.” Notable features: • Unique interface that makes it easier than ever to find and delete large useless files • Unmatched speed of scanning – it typically takes only a few seconds to scan your entire startup disk (depends on your disk and CPU models) • Integrated QuickLook for previewing file content • Scanning multiple disks in parallel at maximum speed • Real-time information about mounted disks • Supports cloud storage services: Dropbox, Google Drive • In-app file deletion • Fully supports Retina displays

END_OF_DOCUMENT_TOKEN_TO_BE_REPLACED 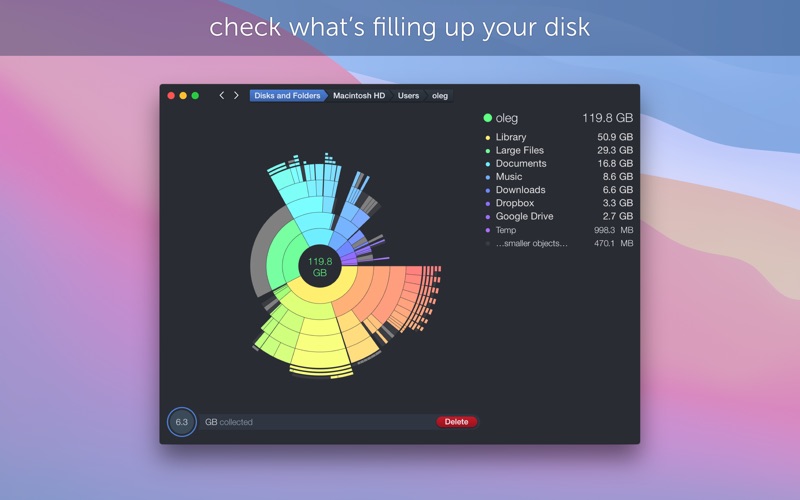 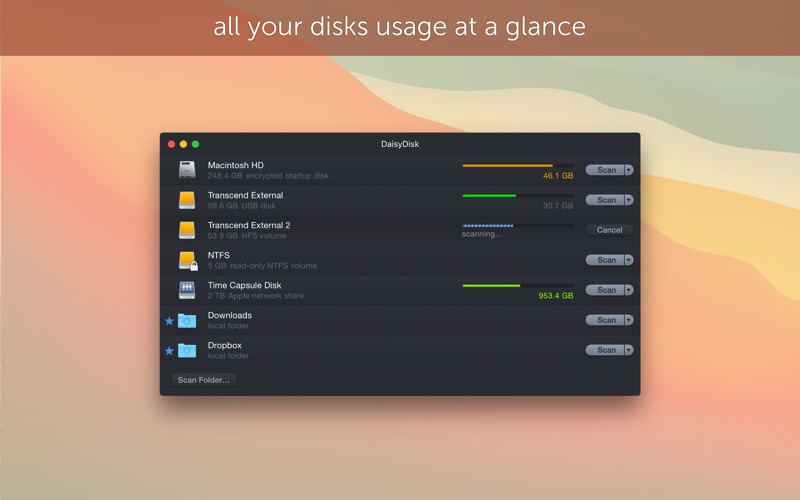 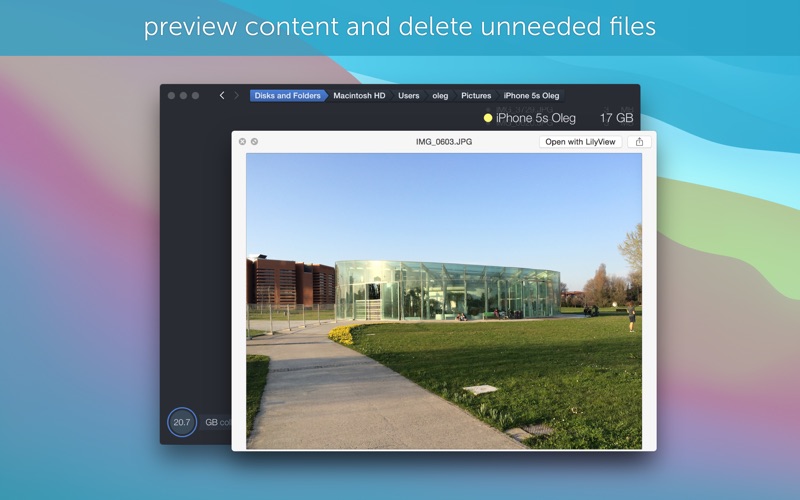 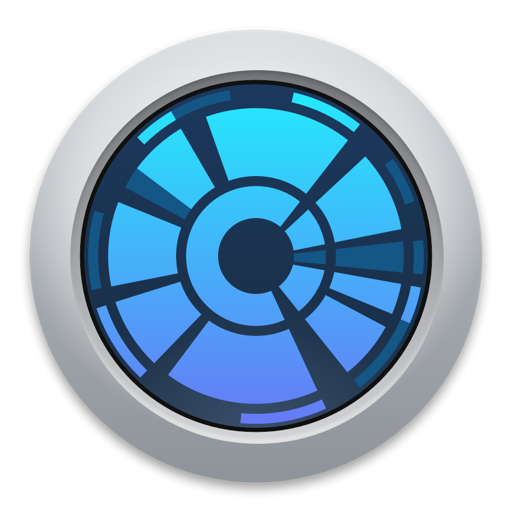 
This app is designed for macOS
4+