Trine is a beautiful fantasy action platformer with a fairytale-like atmosphere, following the journey of three heroes - a Wizard, a Knight and a Thief - in a quest to save the kingdom from evil. The gameplay is based on fully interactive physics - each character's different abilities and tactics can be used to invent new ways to battle an army of undead and overcome obstacles, and restore the balance of the world.

Operating System: Mac OS X 10.6.5 or better
Processor: Intel Mac
System Memory: 1 GB RAM
Graphics: OpenGL 2.0 compatible video card with 256 MB shared or dedicated RAM (ATI or NVIDIA)
NOTE: Please be advised that Trine does not run on Macs produced in 2006-2008 that use Intel graphics solutions. The game does run on all Macs from 2009 onwards. Macs with NVIDIA GeForce 9400M graphics may not achieve smooth gameplay.
Hard Drive: 600 MB
Other: Keyboard, Mouse with Secondary click enabled (trackpad works but is probably too uncomfortable)

If you have any questions about the game or its compatibility with your Mac, or any other technical issues or feedback, please get in touch with us (Frozenbyte) and we'll help you out! You can also check out our Community Forums at http://frozenbyte.com/board/ .

END_OF_DOCUMENT_TOKEN_TO_BE_REPLACED

Well worth the regular price, a steal on sale!

Where did this come from? Every once in a while a game appears seemingly out of nowhere, without major fanfare, and turns out to be absolutely enchanting. I usually don't enjoy games where so much depends on well-timed jumping, dodging, stacking things and grappling, but Trine's physics feel so fluid and natural that even several deadly mishaps in a row don't cause frustration to set in. The three characters are quite distinctive in their abilities, and it's a lot of fun switching between them to find different ways to overcome obstacles and dispatch foes. The narration and dialogue (sparse, but to the point—caught in a tight spot between multiple enemies, the knight sighs: "Oh, that's just great.") are well-done and set the proper fairy-tale tone. As a bonus the audio can be enjoyed in a variety of languages, such as French and German (I can vouch for the high quality of voice-acting in these two), a little treat language learners may enjoy. Most of the magic of Trine, of course, is in the graphics. Fireflies hover around luminous flowers, waterfalls and creeks rush through the scenery, and enchanted forests and caves stretch into the distance, complete with immersive ambient noises. Although Trine is essentially a sideways affair, it feels utterly three-dimensional.

So good that I nearly felt ashamed paying no more than the sales price of $4.99 for such a gem. Don't let this one get away.

END_OF_DOCUMENT_TOKEN_TO_BE_REPLACED

I really enjoyed this style of gameplay. The controls were relatively straight forward so that the challenge was in determining how to solve the puzzles not in manipulating the controls to achieve what you wanted. It was also fun to have to keep all three characters in mind and consider puzzles from different perspectives. Making use the of the game physics was fun and causing chain reactions with unintended consequences was always enjoyable. I never felt stuck while still feeling quite challenged, especially once I focused on acquiring all of the treasure boxes and abilities.

I wish the knight had been better used. If the wizard had a fireball for stomping enemies, I wouldn't have ever used the knight. The last level was much more difficult than any of the previous stages, and I wish there had been a more gradual build up to better prepare you for the need for speed. The game difficulty setting did not seem to have much consequence except for the number of enemies thrown at you.

END_OF_DOCUMENT_TOKEN_TO_BE_REPLACED

It is a super fun game! I played it for a looong time! Although, I got it for $.99, and it's definatly worth it. Although I heard that the original is like 10$ and I don't think I would have payed that much. The game is suuuuuper fun and creative, and not to mention the graphics are BEASTLY! The colors are trippy. The story is the bomb too! Although, when the guy narates, it takes a while, so I just skip. Also, its pretty laggy on my MacBook 2 GHz Intel Core 2 Duo, with 4 GB of memory. I have to run it on low to be ok. Still pretty laggy on low though. Also, it lags to switch characters, like when I press the button, sometimes the character doesn't switch instantly. Also, sometimes I ragequit 'cause the "Puzzels" either tend to be super friggen easy, or friggen hard.
So summary: I think it would be worth 5$, but not 10$. Definatly get it if your still in time to get the 99¢ version! I wish I could get Trine 2, but 15$… no. Actually, I might consider it.

END_OF_DOCUMENT_TOKEN_TO_BE_REPLACED 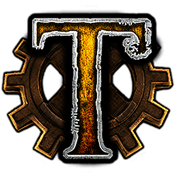