MenuWeather is back with version 5.0 and is now called Orbis.

Orbis is a simple, yet powerful, menu bar weather client.

MenuWeather is back with version 5.0 and is now called Orbis.

END_OF_DOCUMENT_TOKEN_TO_BE_REPLACED 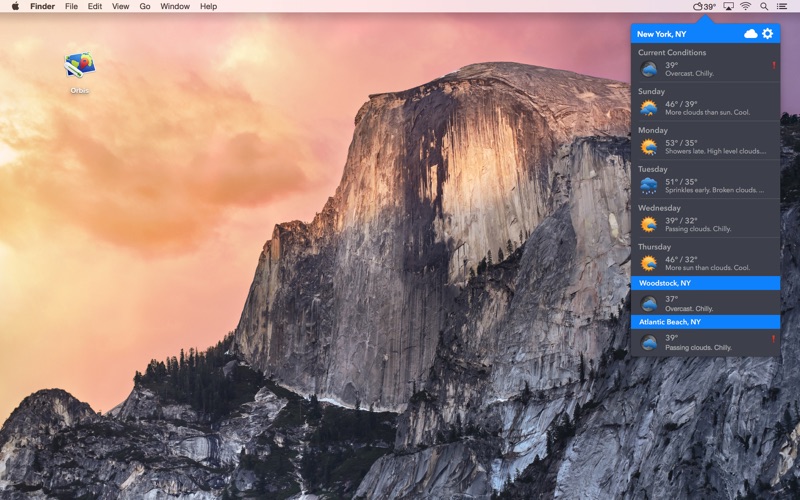 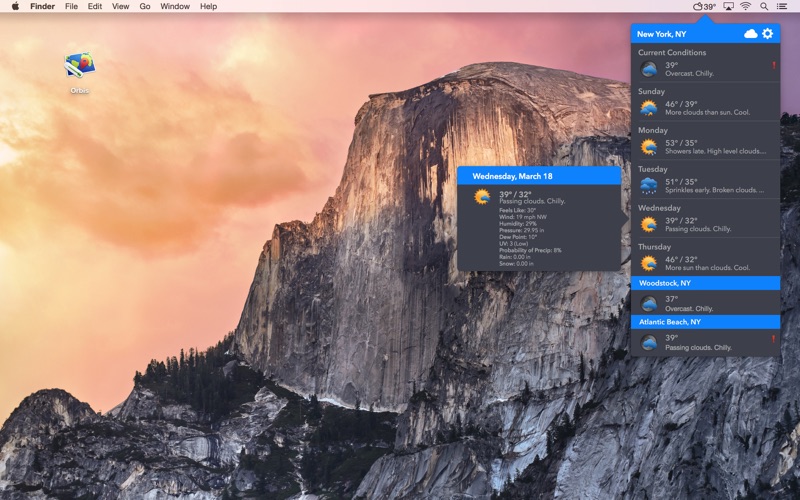 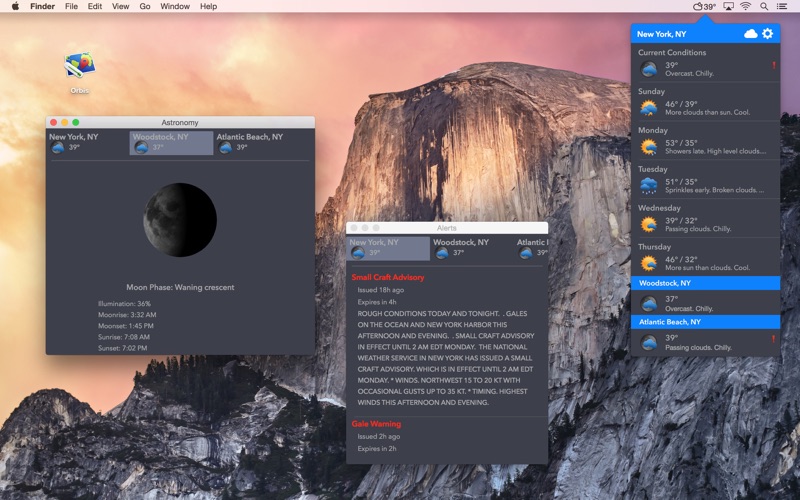 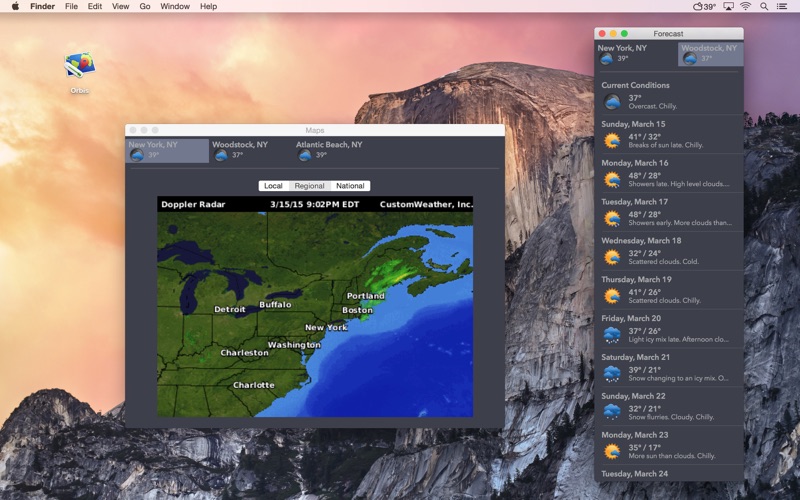 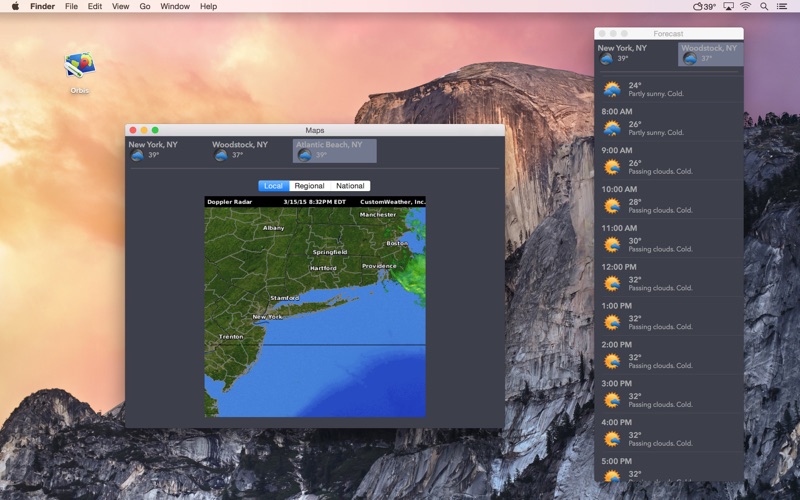 Not bad, but it’s lost some options

Overall, the new “look” of the app isn’t bad as it seems clean and somewhat reminiscent of an iOS feel. However, the interface is a bit goofy and not intuitive. For example, to go back to the daily view from the hourly, there’s no arrow or indication that you click the forecast. Also, the cloud and gear icons to bring up the submenus strikes me as a bit odd. My biggest complaint, though, is the removal of some of the more granular settings that allowed me to control what information was displayed in the current, daily, and hourly forecast. You can also no longer choose how many days to include in the forecast.

Oh, and I too agree with others that the new name is mystifying. If you want to use a Latin word, it would seem more logical to use one somewhat more connected with the point of the software. “MenuWeather” may not have been very creative, but it’s the principal reason I found the old program in the first place.

EDIT: Since updating to “Orbis”, this app routinely no longer loads weather. Instead, I get nothing but a red exclamation mark and error that it couldn’t connect. This has gotten progressively worse and now it rarely actually loads anything. Unfortunately, this formely good app has now been relegated to the worthless category at this point.

END_OF_DOCUMENT_TOKEN_TO_BE_REPLACED

If it doesn’t work, why?

I tried at least five different menuweather apps before finding the original “MenuWeather” app. It was the only one that worked consistently, never crashed, and gave me the simplicity that I desired.

This new version? None of that. Now this app is just a knock-off of so many of the other menuweather apps out there, and works just as well as they do, in that it doesn’t work reliably at all. Since the update I have seen that stupid red exclamation point in my menu WAY too often without any way to trouble shoot the problem. Restarting the app does nothing, hitting retry does nothing. Oh, when it -does- work? Yeah, sure it looks cool, but like I said, I could’ve gotten the fancy UI with the other weathermenu apps that, as I said, DO NOT WORK RELIABLY.

If you want to make a brand new UI and everything, fine, then sell it as another app. Don’t get rid of one that was already working fine, and by fine I mean perfect. Now I’m back on the search for a menuweather app that will work.

END_OF_DOCUMENT_TOKEN_TO_BE_REPLACED

i’m a hard one to convince that a complete rebranding (new name, new icon, new unalterable dark slate + "Google blue” look) is for the better. What’s wrong with MenuWeather 5.0? The old name said it all. Orbis sounds latin and geography-esque, but doesn’t really connect with “weather." I really want to go back to the higher contrast light look though, the new dark look is too low contrast and kiddie-pool looking. Also, as a Little Snitch reverse firewall user, none of the existing exceptions for MenuWeather were valid for Orbis, so i had to allow new exceptions and also allow Orbis to use location services. So the upgrade wasn’t seamless out of the box. Also, now “Current Conditions” floater is sitting there stuck with no menu selected, hovering over everything on my screen. Hard to complain too loudly at $1.99 and with a free upgrade, but it’s definitely a work in progress, needing some more love!

END_OF_DOCUMENT_TOKEN_TO_BE_REPLACED 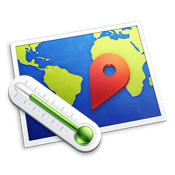 This app is designed for OS X
Rated 4+