Now a major motion picture, directed by Lucky McKee and written by Jack Ketchum and Lucky McKee. A selection of the 2011 Sundance Film Festival.

The Woman is the powerful story of the last survivor of a feral tribe of cannibals who have terrorized the east coast from Maine into Canada for years now. Badly wounded in a battle with police, she takes refuge in a cave overlooking the sea. Christopher Cleek is a slick, amoral -- and unstable -- country lawyer who, out hunting one day, sees her bathing in a stream. Fascinated, he follows her to her cave. Cleek has many dark secrets and to these he'll add another. He will capture her, lock her in his fruit cellar, tame her and civilize her. To this end he'll enlist his long-suffering wife Belle, his teenage son and daughter Brian and Peg, and even his little girl Darlin', to aid him. So the question becomes, who is more savage? The hunter or the game?

“Ketchum has become a kind of hero to those of us who write tales of horror and suspense. He is, quite simply, one of the best in the business.” —Stephen King

“You never know what you'll get when you pick up a Ketchum story … but you can be sure you'll always be surprised – and scared." – Publishers Weekly

“[The Girl Next Door is] one of the most disturbing reads in the history of horror literature.” –Rue Morgue

“Jack Ketchum is one of America’s best and most consistent writers of contemporary horror fiction.”—Bentley Little

END_OF_DOCUMENT_TOKEN_TO_BE_REPLACED 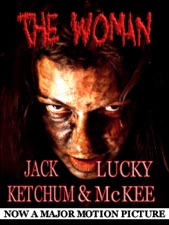