Redesigned from the ground up, Final Cut Pro combines revolutionary video editing with powerful media organization and incredible performance to let you create at the speed of thought.

Revolutionary Video Editing
• The Magnetic Timeline 2 uses advanced metadata for faster, easier editing than with traditional tracks
• Enhanced Timeline Index lets you drag and drop audio roles to rearrange the layout of your timeline
• Use Clip Connections to attach B-roll, sound effects, and music to the timeline
• Reduce clutter by grouping clips into a Compound Clip
• Cycle through different shots, graphics, or effects at one place in the timeline with Auditions
• Edit multicamera projects with automatic syncing based on audio waveforms and support for up to 64 camera angles
• Import and edit 360° equirectangular video in a wide range of formats and frame sizes

Incredible Performance
• Final Cut Pro uses all the GPUs in your Mac for superior real-time playback performance and fast background rendering
• 64-bit architecture uses all the RAM in your system for larger projects and richer effects
• Background processing lets you keep working without interruption
• Work natively with a broad range of formats including ProRes, RED, XAVC, AVCHD, H.264 from DSLRs, and more

Intuitive Color Grading
• Import, edit, and deliver video in standard color spaces, or in wide Rec. 2020 color space
• Improve the look of any clip with one-click Balance Color
• Manipulate color, saturation, and exposure with the Color Board
• Fine tune a specific color or area of the screen using keying and masks
• Powerful color wheels and curves for precise adjustments with keying and masks

One-Step, Optimized Output
• Incredibly fast export for playback on Apple devices and upload to websites such as Vimeo, YouTube, and Facebook
• Use themed menus to author and burn a DVD or Blu-ray disc
• Export audio stems and multiple versions of a finished video using roles metadata
• Import and export XML for third-party workflows like color grading and sound mixing

360 VR editing
• Import and edit 360° equirectangular video in a wide range of formats and frame sizes
• Output 360° video to a connected VR headset*
• Open the 360° viewer to simultaneously monitor headset and equirectangular views while editing
• Option to track movement of a VR headset in the 360° viewer in Final Cut Pro
• Add 360° effects including blurs, glows, and more
• Share 360° video directly to YouTube, Facebook, and Vimeo
• Use the 360° patch to instantly remove cameras and rigs from the scene
• Use the Horizon overlay to easily change the orientation of 360° video right in the viewer
• Edit 360° video into a non-360° project and animate the pan, tilt, and zoom
• Place any graphic, still, or video into a 360° project, then reposition and resize to fit perfectly into the 360° scene
• Support for monoscopic and stereoscopic 360° video

END_OF_DOCUMENT_TOKEN_TO_BE_REPLACED

Finally Apple has upgraded the color correction section on FCPX! I was playing with it last night on some already completed videos and it is definitely improved, with wheels! Also I happend to spot the LUT Loader function. I say, well this sounds like a built in LUT Loader? Heck yes, it is! Have any Luts from whoever? Load it. Canon Luts, Sony Luts, Black Magic Luts, whoever made it Luts…load em up! So cool, no more 3rd party Lut loader that are useless on the next OSX or FCPX update. I have not tried the latest FCPX with the new Motion yet as I have it also, but they always talk to each other very well. I really don’t need BM Davinci Resolve for color correction any more, keep it all in one software finally. Get FCPX, try it, use it, love it.

END_OF_DOCUMENT_TOKEN_TO_BE_REPLACED

When the transition from 7 to X took place, so many people abandoned this app. Yes, for someone who was used to the previous version, it was frustrating. But I embraced the changed and there was a huge improvement in my workflow and speed. Since then, every upgrade has brought about improvements and I’m really liking the new 360 components of 10.4. At the end of the day, any NLE is about telling a story and the final product, but having said that, I’m always confronted by friend who use Premier and think this is substandard. This couldn’t be further from the truth.

END_OF_DOCUMENT_TOKEN_TO_BE_REPLACED

The update broke it, again!

Once again, I put my trust in Apple to deliver a solid, working product, and they failed. My hopes in the company that they used to be have dwindled. I always hesitate to update, because the last 2 updates have broken FCPX for me. So I waited for a month or two before I updated. And then, just like last time, they totally botched a usuable program into an unstable mess.

Ever since the latest update, FCP hangs, freezes, and is totally unusable. Everything was fine until they updated it. We use external drives to store all of our media and libraries. FCP stalls, and gives a spinning wheel of death when trying to dit regular 4K footage.. I’ve waited on the wheel for hours, and nothing happens.

I’d advise (just like last time), everyone to not update, or wait to buy it until they fix it with an update.

END_OF_DOCUMENT_TOKEN_TO_BE_REPLACED 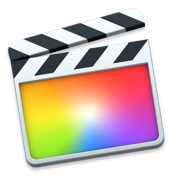