Designed for video editors, Motion is a powerful motion graphics tool that makes it easy to create cinematic 2D and 3D titles, fluid transitions, and realistic effects in real time.

2D and 3D Titles
• Import 360° media and design 360° titles, generators, and effects
• Build 3D titles from scratch, design them with easy-to-use templates, or instantly convert any existing 2D title to 3D
• Easily create beautiful titles that you can animate using more than 100 drag-and-drop behaviors and intuitive text animation tools
• Choose from a large collection of text styles to create stunning designs in one click
• Customize 3D titles to create endless looks with over 90 Apple-designed 3D materials including various metal, wood, and stone surfaces
• Vector-based characters scale, skew, and rotate with pristine sharpness, while the modern engine in Motion lets you design in real-time

Stunning Effects
• Choose from more than 230 behaviors for natural-looking motion without keyframes
• Track a moving object in a video clip with the point tracking and match move feature
• Create an accurate chroma key in a single step with the Keying filter
• Use SmoothCam to eliminate camera jitters and image stabilization to smooth bumpy shots
• Create your own paintbrushes and 3D strokes or use one of 140 brush presets
• Design your own particle emitters or choose from 200 presets for real-world effects such as smoke and sparkles
• Choose a circle or rectangle mask or use the bezier and freehand mask tools to quickly draw and adjust control points for rotoscoping
• Use the intuitive keyframe tools in Motion for precise control of the timing and position in your animation
• Apply 360° effects including blurs, glows, and more
• Harness a thriving ecosystem of third-party FxPlug plug-ins with custom interfaces for tasks like advanced tracking, advanced color correction, and more

Effortless 3D
• Transition from 2D to 3D space by adding cameras
• Create 3D scenes within a 360° project for ultra-realistic 360° environments
• Set up realistic shadows that animate dynamically with the movement of cameras and lights
• Track objects or groups of objects with drag-and-drop ease by applying the Camera Framing behavior
• Selectively define focus as an object moves in 3D space
• Turn any shape, video plane, or paint stroke into a reflective surface in 3D space

360 VR motion graphics
• Import 360° video and design 360° titles, generators, and effects
• Output 360° video to a connected VR headset*
• Apply 360° effects including blurs, glows, and more
• Save any 360° motion graphic and access it immediately from the effects browser in Final Cut Pro
• Share 360° video directly to YouTube, Facebook, and Vimeo
• Apply the Reorient filter to easily change the orientation of 360° video
• Create 3D scenes within a 360° project for ultra-realistic 360° environments
• Use the 360° Look Around view to preview your 360° scene without a VR headset
• Edit 360° video into a non-360° project and animate the pan, tilt, and zoom
• Place any graphic, still, or video into a 360° project, then reposition and resize to fit perfectly into the 360° scene

END_OF_DOCUMENT_TOKEN_TO_BE_REPLACED

RIght after I bought motion, I loved it. It is really simple and easy to use. PLus there is alot of support for the app. My only problem with it is that on my iMac11,1 the app is constantly hanging and locks up unless you relaunch it. This mainly happens with audio analyzing. It says it finished analysing the audio then I press play to see if it worked. 8 out of 10 times motion will just freeze. I have sent apple many crash reports to Apple and i would love if they could fix all the problems people are having with motion freezing, crashing, or hanging.

END_OF_DOCUMENT_TOKEN_TO_BE_REPLACED

I’ll be honest, I hate how this program handles shadow effects for 3d models. But even tho this program is mainly for FCPX transtions it can create some amazing standalone videos. I just wish Apple would push this program in that direction like After Effects. I’ll still chose this program over After Effects because of how simple the layout is and how it is clearly optomized for apple computers.

Doesn’t get the recognition it deserves! Motion rocks!

Having previously messed around with After Effects and being overwhelmed, I began to dabble with Apple Motion. Color me impressed. Very easy to use, and the results are amazing. The more and more that I use it, the more I like it. Give it a shot, I think youll be pleasently surprised at what its capable of and what you can create with it. 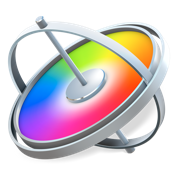