HISTORY AS YOU KNOW IT, IS HISTORY

With millions of units sold and unprecedented critical acclaim from fans and press around the world, Sid Meier's Civilization is recognized as one of the greatest game franchises of all-time. Now this incredibly fun and addictive game is taken to new heights with new ways to play and win. Sid Meier’s Civilization® IV joins the Mac App store in a beautifully detailed, living 3D world that expands the gameplay experience.

In Sid Meier’s Civilization IV, rule throughout time and create your own legacy as you guide your civilization from the dawn of man through the space age and beyond. Implement new technologies, conduct diplomacy or wage war to grow your society and become the most powerful leader the world has ever known.

IMPORTANT: Since the closure of GameSpy, internet multiplayer is no longer available for Civilization IV on the App Store.


* If you experience any problems please contact our customer support at support.aspyr.com

"NOTICE: This game is
not supported on volumes formatted as Mac OS Extended (Case Sensitive).

Thank you for playing Civilization IV from Aspyr! 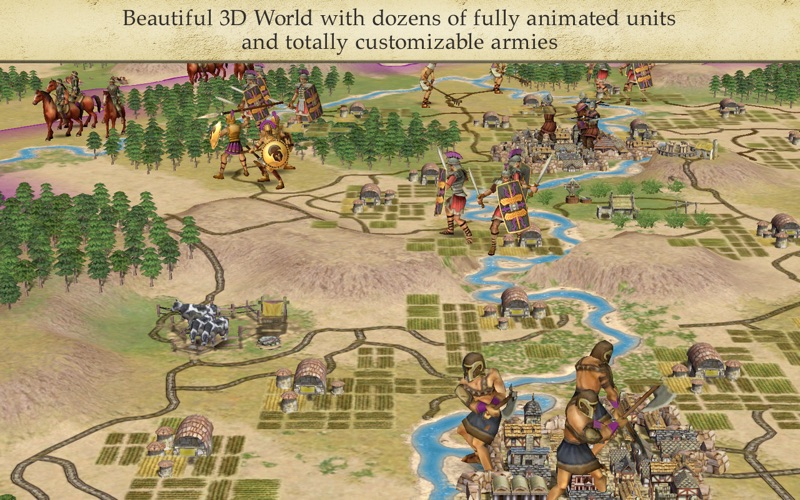 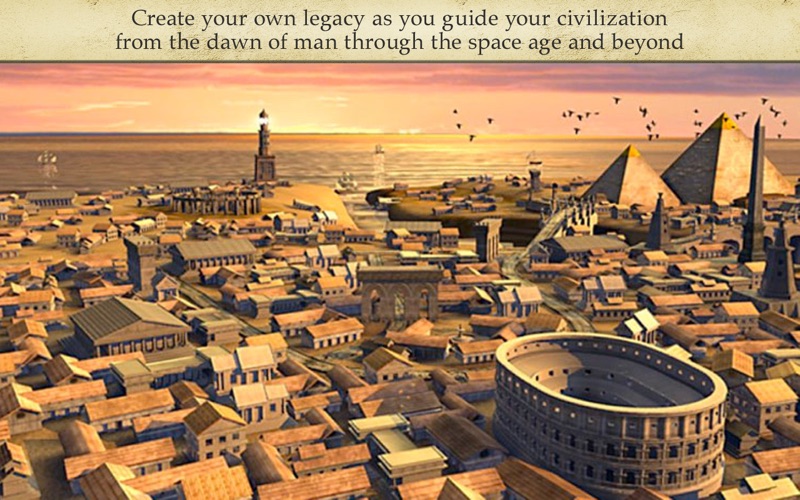 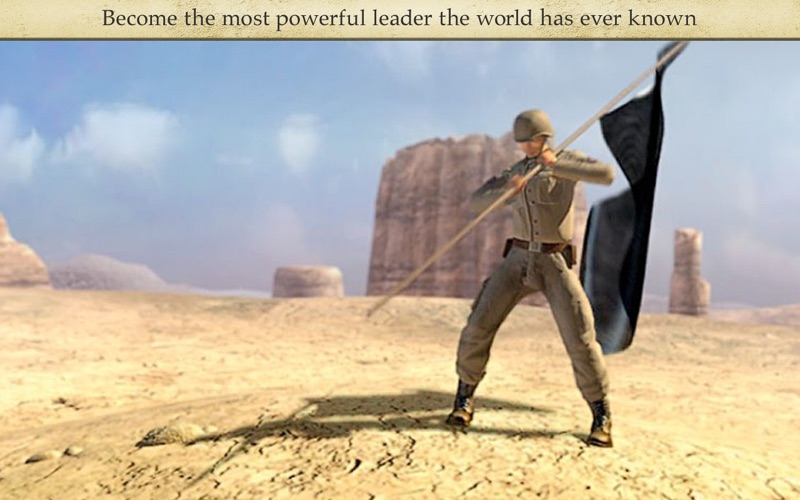 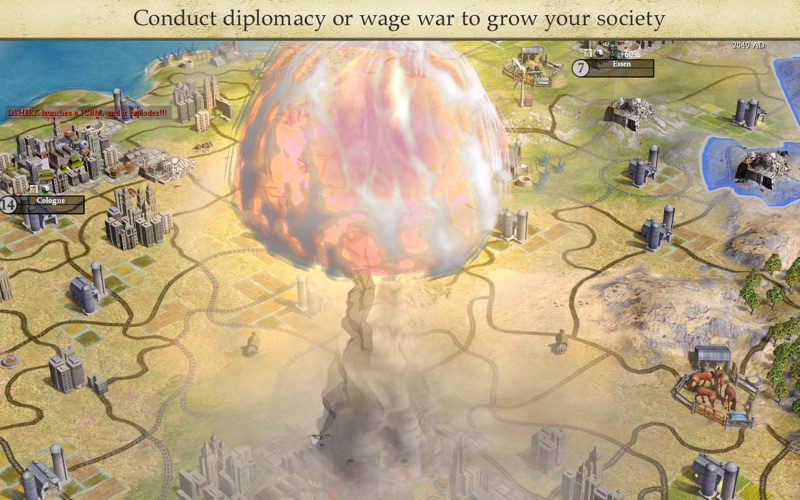 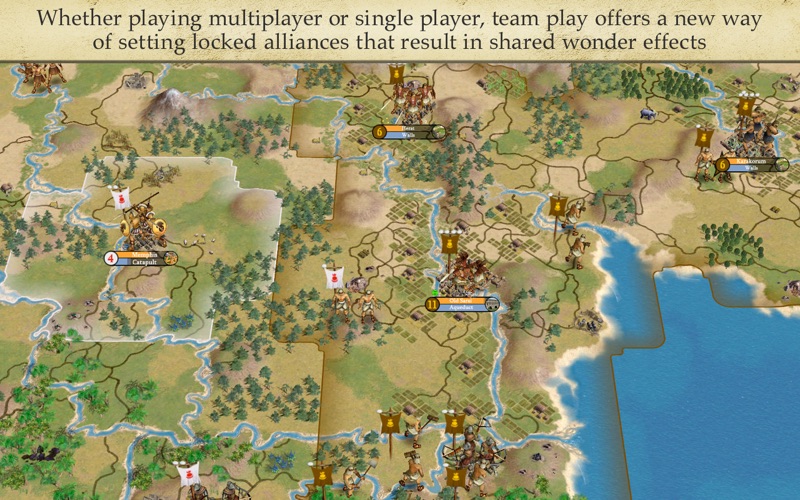 by Phoenix Born of Fire

I grew up on Civ and even enjoyed Civ II. Civ III was frustrating due to the fact that it was nearly unwinnable even on the easiest levels. Civ IV seems to be more balanced on the difficulty scale, but it does feature some new annoyances that make the game less than enjoyable. First, the game trivializes religion, something which Civ I-III had steered clear of doing. Regardless of your belief (or lack thereof) the in-your-face trivialization isn't fun. Second, the usability is shot to heck. It's not worth the time to list all the nits, but suffice to say that you don't feel that sense of controlling everything easily anymore; the game relies much more on the mouse and not as much on the keyboard. Third, the world perspective is full of unnecessary glitz. As a result, it's harder to see everything at a glance. Last, the unnecessary politicking that the game gets into -- see who is listed as the worst world leader in history -- and it's not Neville Chamberlain or the Roman emporer Commodus. It's still fun building things, but this version feels a little too artificial and not so much sober with a twist of fun, like Civ I and II were.

END_OF_DOCUMENT_TOKEN_TO_BE_REPLACED

Will report as "damaged" if run from case-sensitive formatted volume; otherwise works well.

To those who are having problem running the game with it claiming the download is damaged, it is because it can't run on a Mac OS Extended volume with Case Sensitivity turned on. Solutions are to reformat (bleh), or to copy the app to a non-case-sensitive volume; it will run fine from there. This isn't the only app I've run across with this problem. I don't know why developers are so dependent on the FS not being case sensitive.

I really wish it would remember the resolution, graphics quality, and game settings between launches. It's annoying to have to reset them every time I start the game. I would rate it higher if not for the FS formatting and forgetting settings annoyances.

Once these other techincal issues are worked out, the game play is fun. It's more complex and better balanced than Civ 3 variants. Do make use of cottages/villages/towns; you will be burried by the AI's ability to research if you don't, particularly on harder settings. It's really easy to spend too much time with this game!

END_OF_DOCUMENT_TOKEN_TO_BE_REPLACED

I have a MBA 2010, 1.4 - 4GB and the game loads up perfectly. I was worried about the reviews and the lack therefore of what I saw, but when I started the game, it loaded perfectly. I changed the resolution and up'ed the graphics and civilization iv worked fine. The odd thing is they say they support only the newest MBA, but works fine on the 2010 model. Hope this helps until then.

Update: I have played the game since. I have never had it crash… not once. I have the latest update. I bought the new 2011 MBA from the 2010 since then. I have a i5 with 4GB of ram. The game runs slightly smoother, but doesn't crash on this second MBA I have. The mods work great. I wish they had the rest of the updates. Some advice for people who complain it doesn't, uninstall and redownload. It could be that your app download is complete. I had this error happen with other games in the past. Very great game. Hope Civ 5 works just as great.

END_OF_DOCUMENT_TOKEN_TO_BE_REPLACED 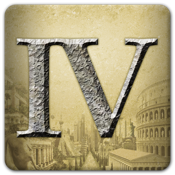 This app is designed for OS X
Rated 9+ for the following: