macOS Server is an application you can add to macOS right from the Mac App Store. Anyone can quickly and easily turn a Mac into a server that’s perfect for home offices, businesses, schools, developers, and hobbyists alike.

Here’s what you’ll get with macOS Server:

END_OF_DOCUMENT_TOKEN_TO_BE_REPLACED

Let me counterpoint some of the other reviews:
- Some core features were moved from being maintained in this $20 additional app into the core OS; so you can set up a Time Machine server and iCloud Caching server without buying this app. Sweet. Do I wish I didn't need to Google to find out my wife's backups weren't working because I needed to turn SMB on? Yes, but that's a documentation issue, not really an app issue.
- VPN service is still included in this app. Yes, it conflicts with Back To My Mac - you can use the VPN *instead of* Back to My Mac. I VPN into my home network from any of my devices. Then I can access computers/servers at home, or pop out using ssh/etc from there as though I'm home. For $20, once.

Upgrading to the latest version wasn't seamless, but changes usually require some learning, and I do think moving the services to the main OS instead of requiring this interface app is a step in the right direction. Having some clearer migration documenatation would have been nice so we could easily learn where the features were and how to use them.

END_OF_DOCUMENT_TOKEN_TO_BE_REPLACED

Don’t do it. It breaks file sharing. It won’t work properly and there is no fix because it will break itself again. ACLs don’t work. File locking doesn’t work. Permissions don’t inherit properly and are randomly and incorrectly followed. You either get locked out when you shouldn’t get locked out, or if you’re “lucky” enough to get to your files, they get corrupted if there are other users on the network. Databases? Damaged the moment you have more than one user. Almost forgot to mention - home directories and network logins don’t work either. I never thought I’d say it, but at least Windows works. My office is a 100% Apple shop, and so is my home. If Apple doesn’t fix this soon, we’ll be turning the corner on that, and that will translate to what we use at home, what we make our phone calls on, and all the rest of our products. I’m tired of paying top dollar for what is increasingly substandard products. This one renders my new and very expensive hardware useless.

END_OF_DOCUMENT_TOKEN_TO_BE_REPLACED

Cost Goes Way Up (unless your time is worth nothing)

File Sharing management interface no longer part of product. Not only can’t you use Server to manage your file sharing, in moving the file sharing to the system preferences, we lose the ablity to manage standard webdav file sharing and the iOS access mechainsm. Now you have to root around in the mess of BSD unix to trial and error manage things.

The Xserve product failed because Apple believes people want arcane 1970’s style unix command lines for server management. I don’t need a Mac for command line jockeying… a much faster less expensive intel based commodity box can be plug-monkied together for that.

There is no Apple-value-add for command line driven systems. Apple talks about serving the enterprise but becoming like all the other vendors is not the way to do it. Apple differentiates itself from others by polsihed ease of use (or used to), and higher price, but with a total cost of ownership being much less. Ease of use means time and money saved and the ablity to advance objectives instead of being a slave to the (1970’s unix) machine.

This product needs to be moved into the iPad / iPhone and eliminated on the Mac… only an Agent (daemon) should be loaded on the Mac and all Mac servers should run completely headless… and if a commandline is needed… that is an Apple-FAIL.

The most expensive update (not upgrade) to this product to date.

END_OF_DOCUMENT_TOKEN_TO_BE_REPLACED 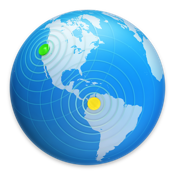